In the Autumn of 2014, the Italian government authorized drilling in the Sicily channel: Greenpeace decided to climb and occupy the Prezioso Oil Rig, showing some banners addressed to Prime Minister Matteo Renzi asking to stop the drilling in the Mediterranean Sea and choose renewable energy.
We realized some banner graphics to be used during this action as well as for protests held all over the country. 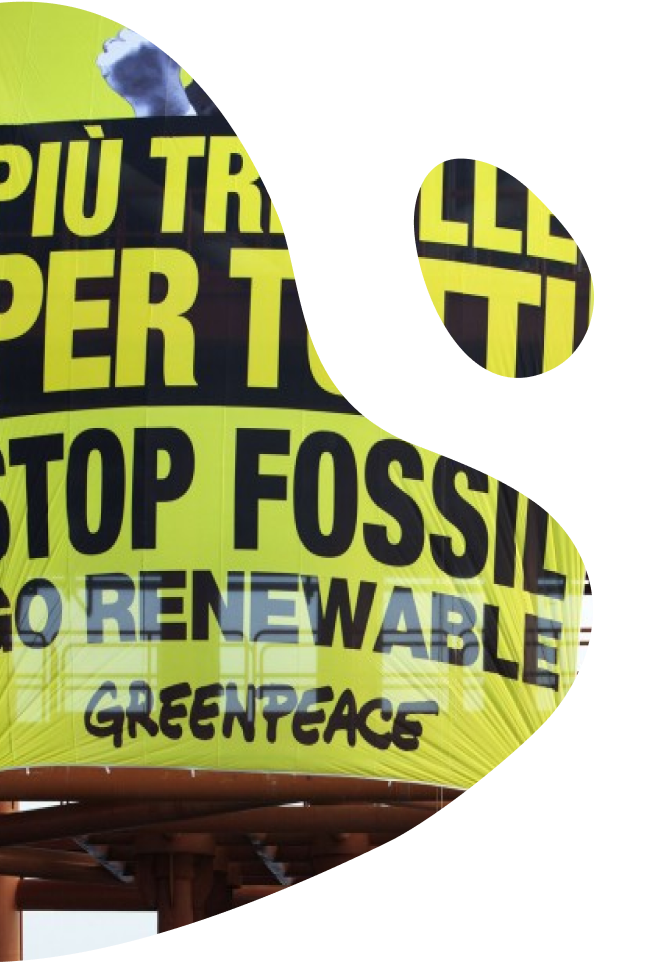 This banner for the oil rig climbing was hanged during the action: the message was addressed to Prime Minister Matteo Renzi, and it features the ironic version of a sentence he often used to say during his electoral campaign. 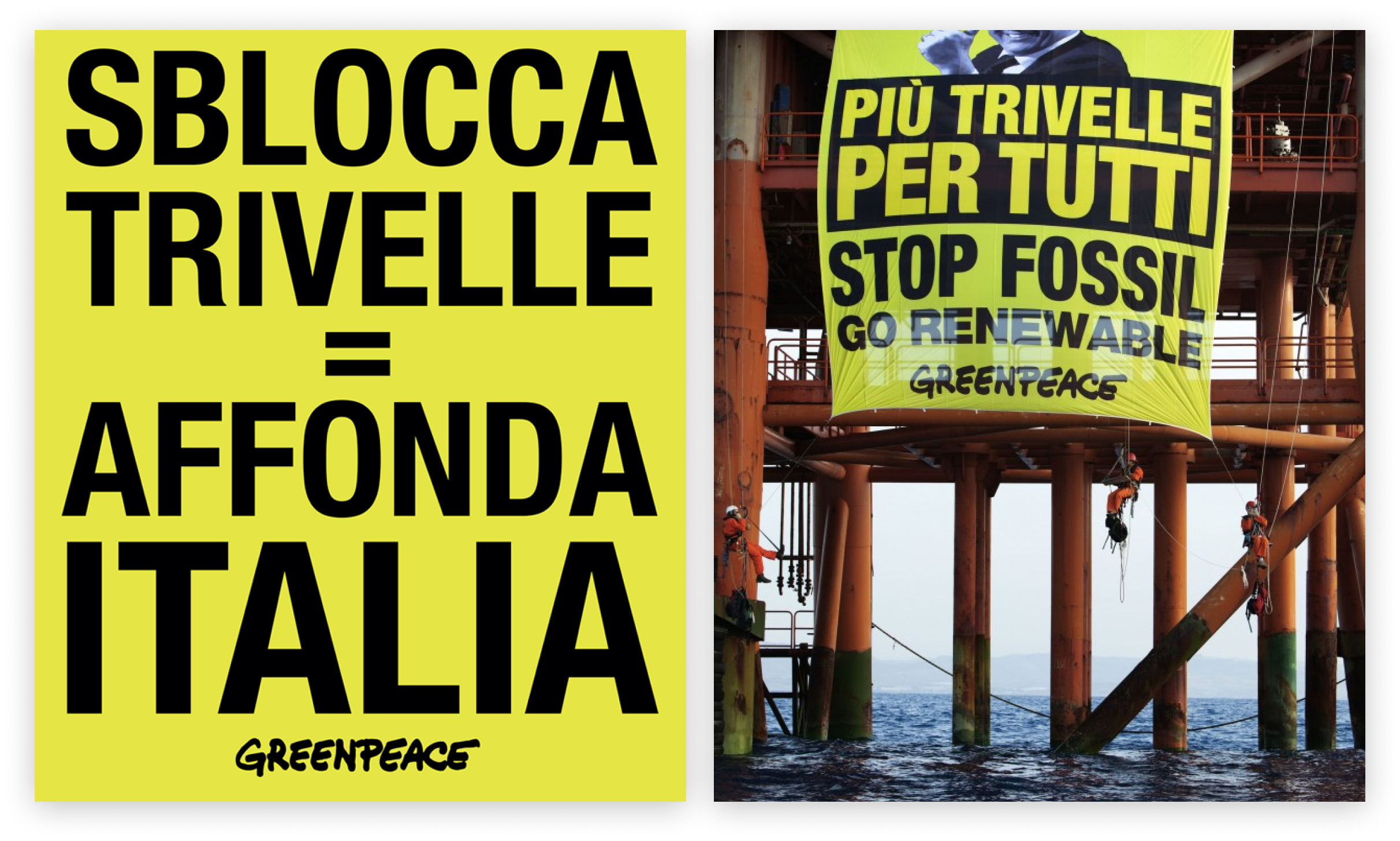 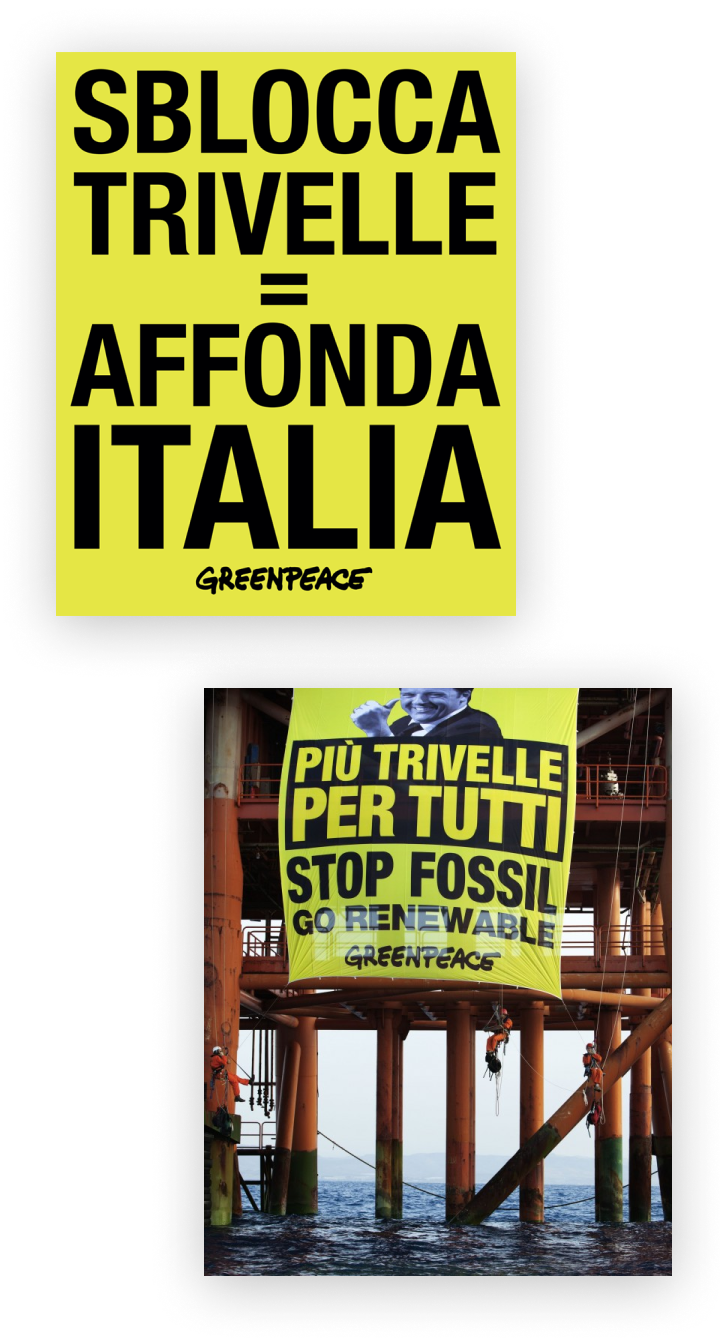 Here is the video of the action: