End of the world party

In the year of Cop26 in Glasgow and Pre-Cop in Milan, Latte Creative worked with Fridays For Future Italia to conceive and implement a campaign about this crucial summit. The goal was to inform and activate as many people as possible around the Global Strike on September 24 and the demonstrations in Milan during the Pre-Cop days. 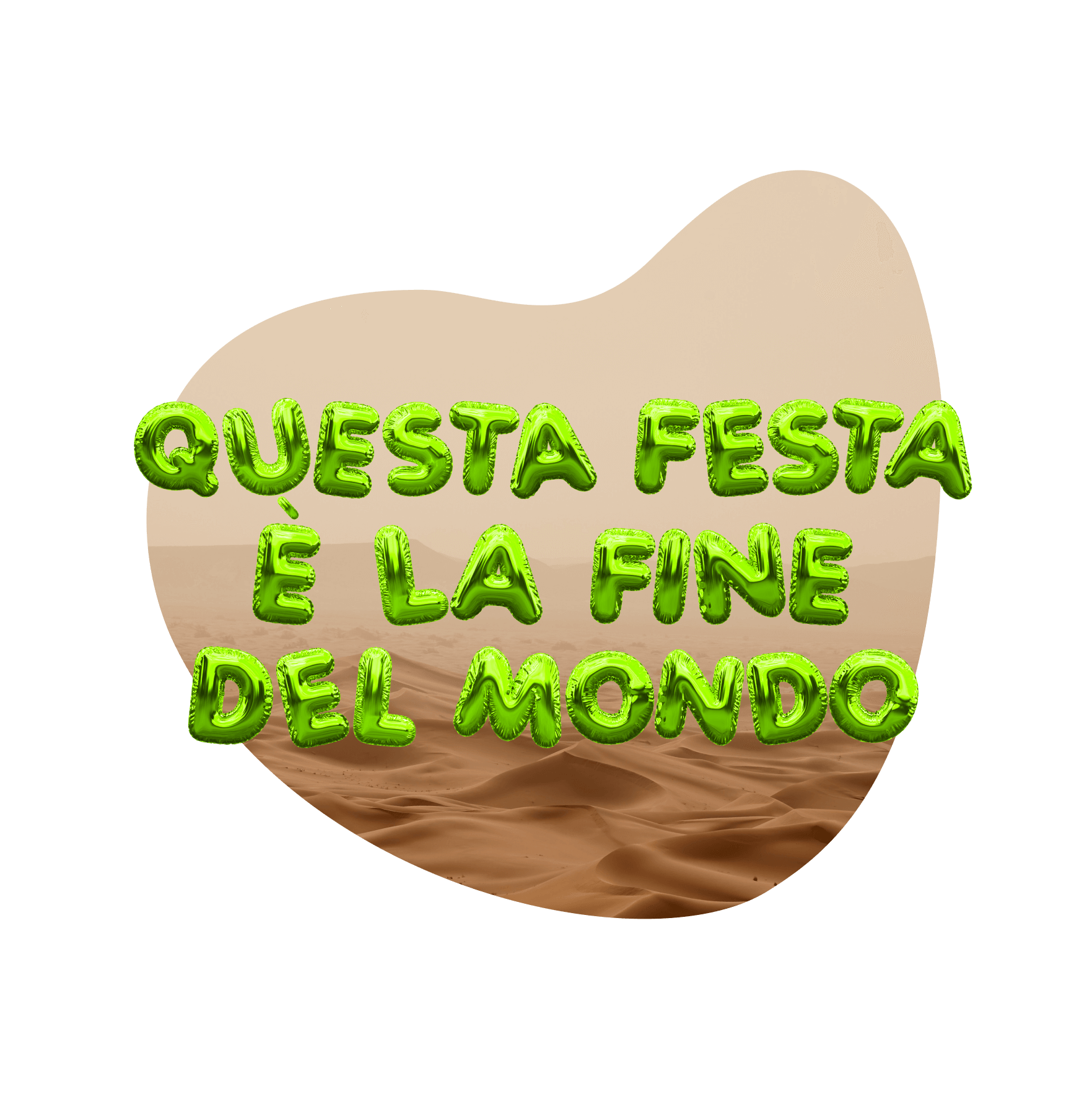 The concept was born following a workshop involving Fridays for Future activists from all over Italy that revealed a general disappointment due to the ineffectiveness of climate summits that the richest countries use to defend their interests. Parties of power, in short, with a major side effect: the end of the world. 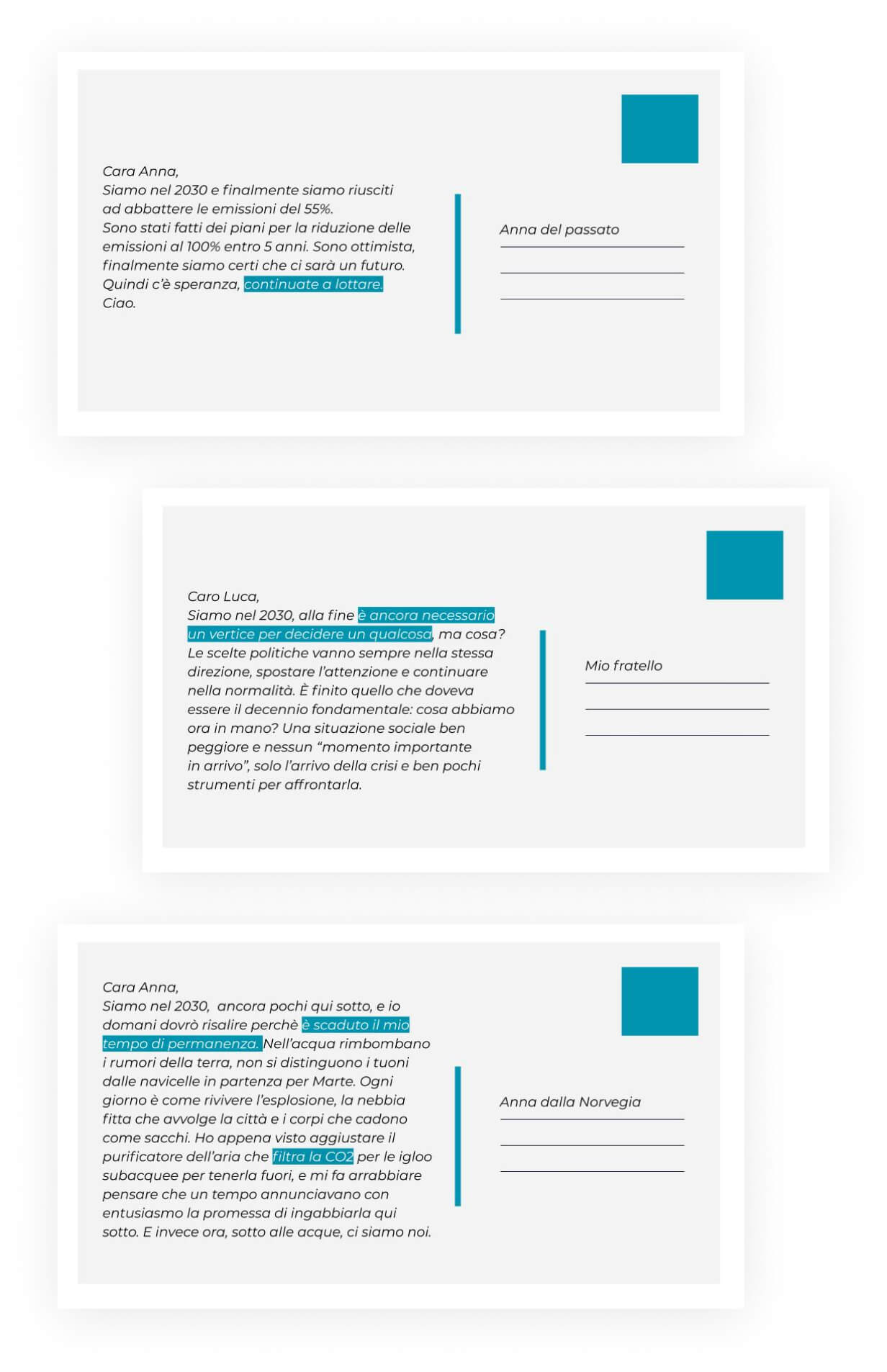 We pretended to organize a mysterious End of the world party, promoted through dedicated Instagram and Telegram accounts not linked to Fridays for Future. In this phase, we involved singers who helped us to grow the channels organically with a varied audience by sharing the fake party’s announcement. 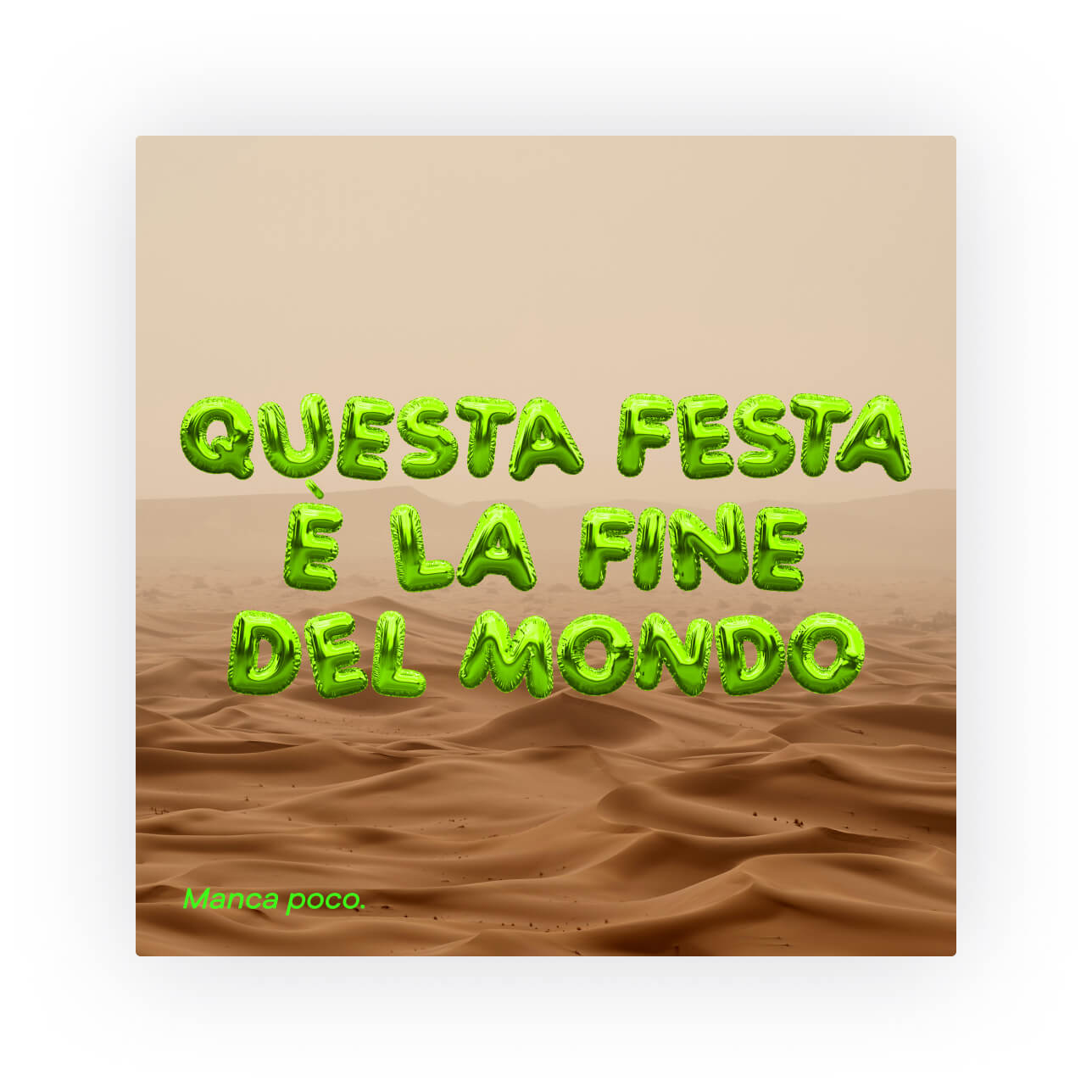 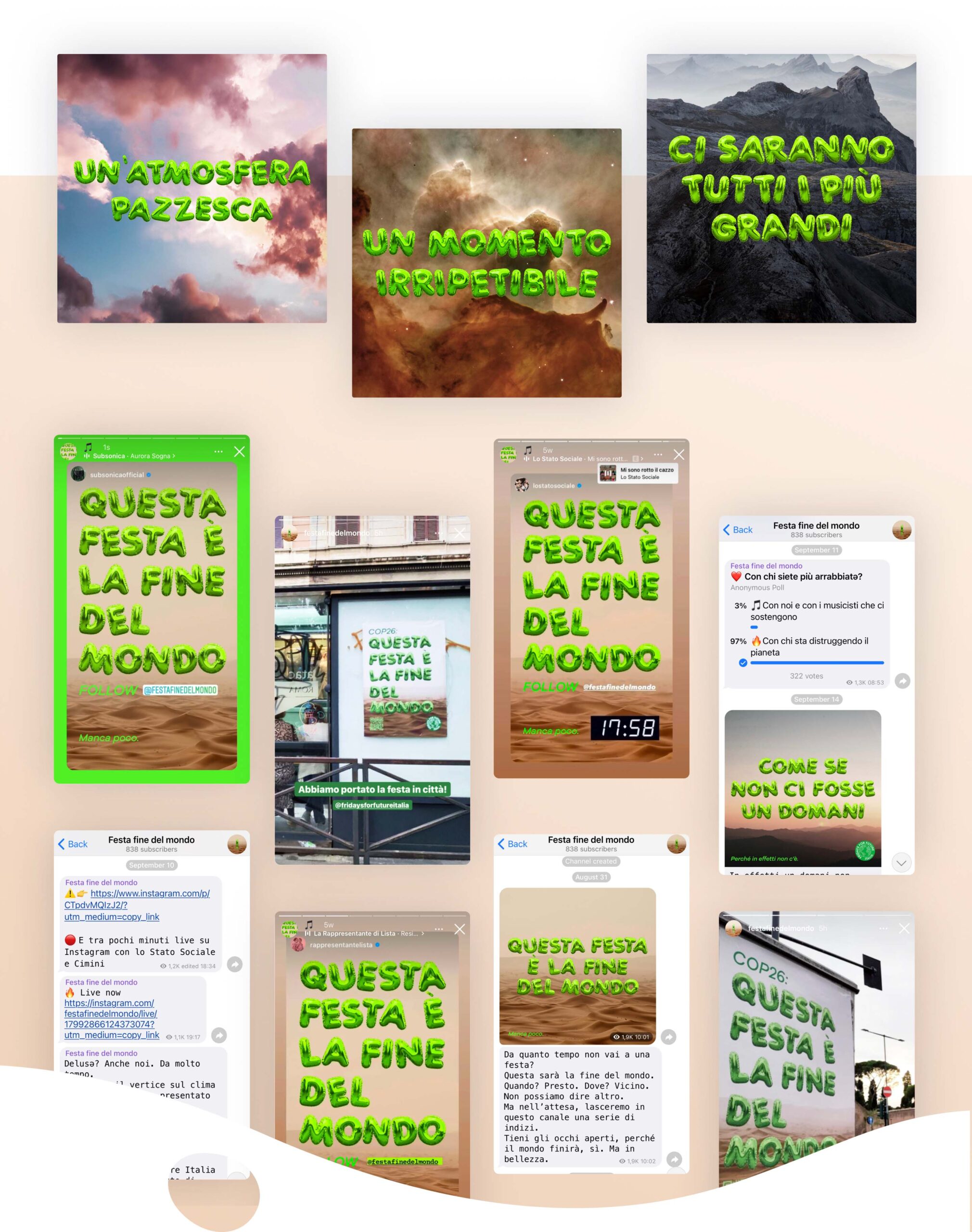 Two weeks before the Global Strike, we organized an Instagram Live that revealed the involvement of Fridays For Future and the true nature of the party: COP, a summit that decides our future but excludes us. Despite the change in meaning, the channels have not lost any following. In the following days, the wild-posting of the party’s posters began, culminating with the first day of school in Rome and Milan. 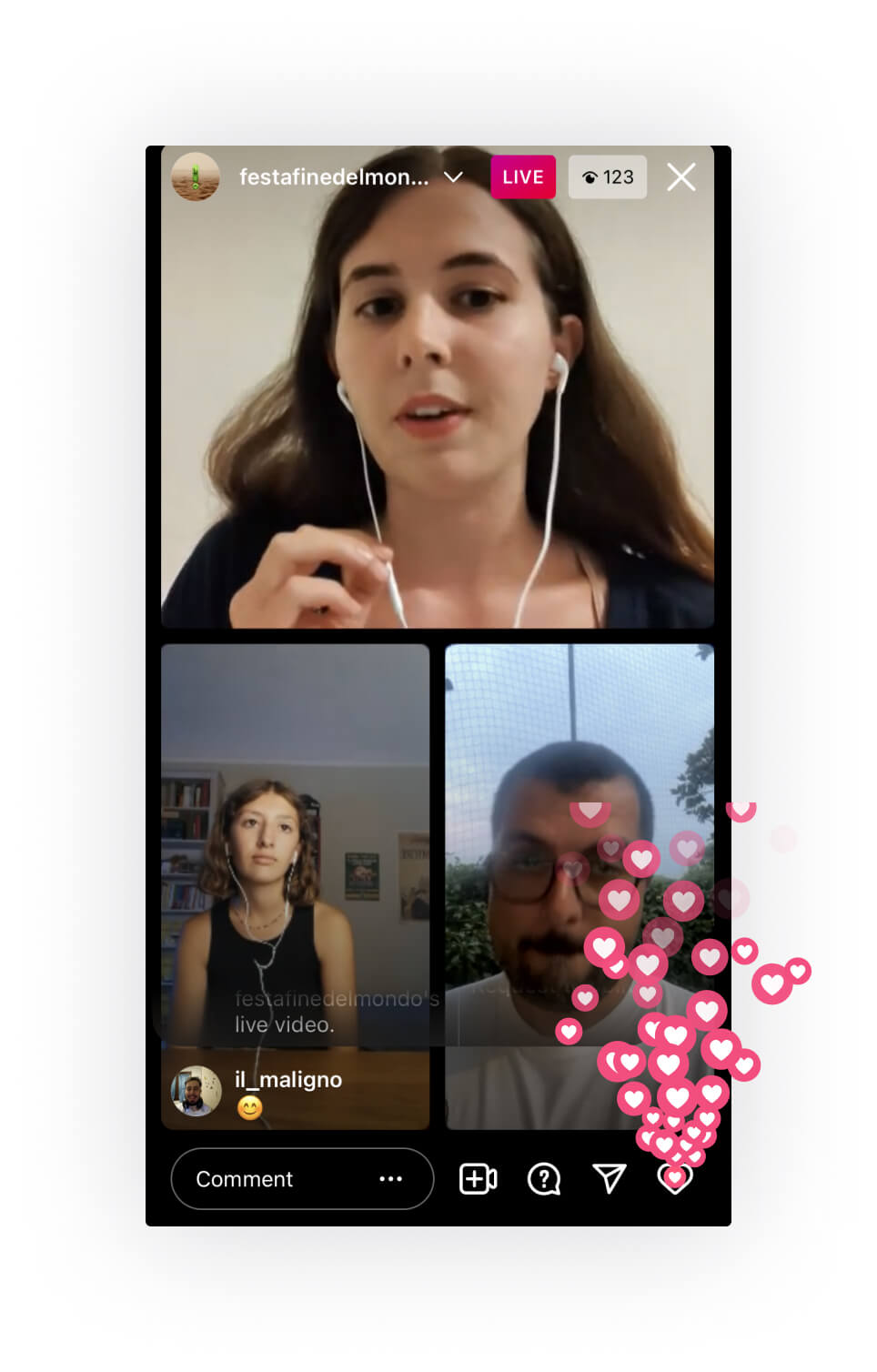 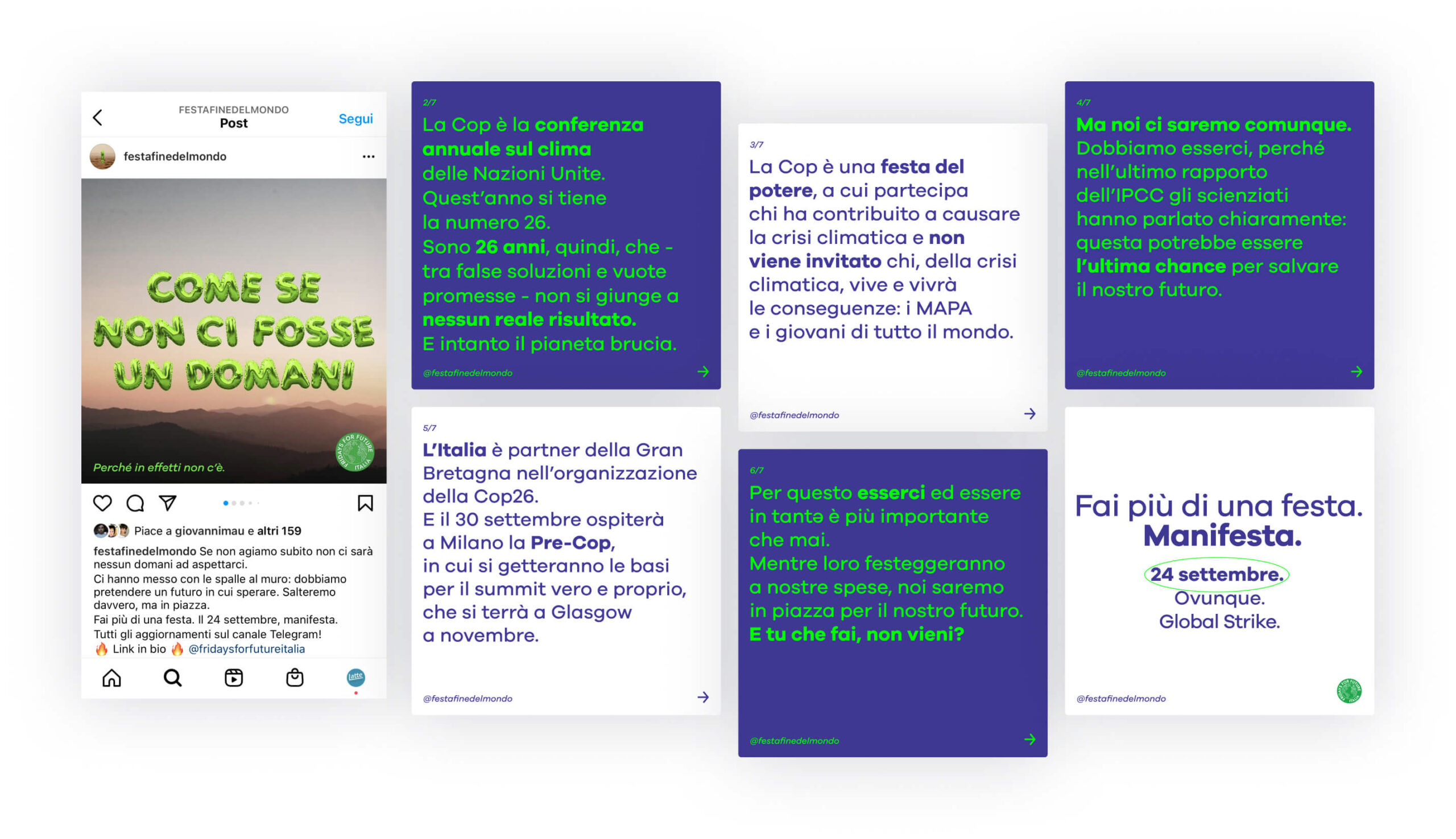 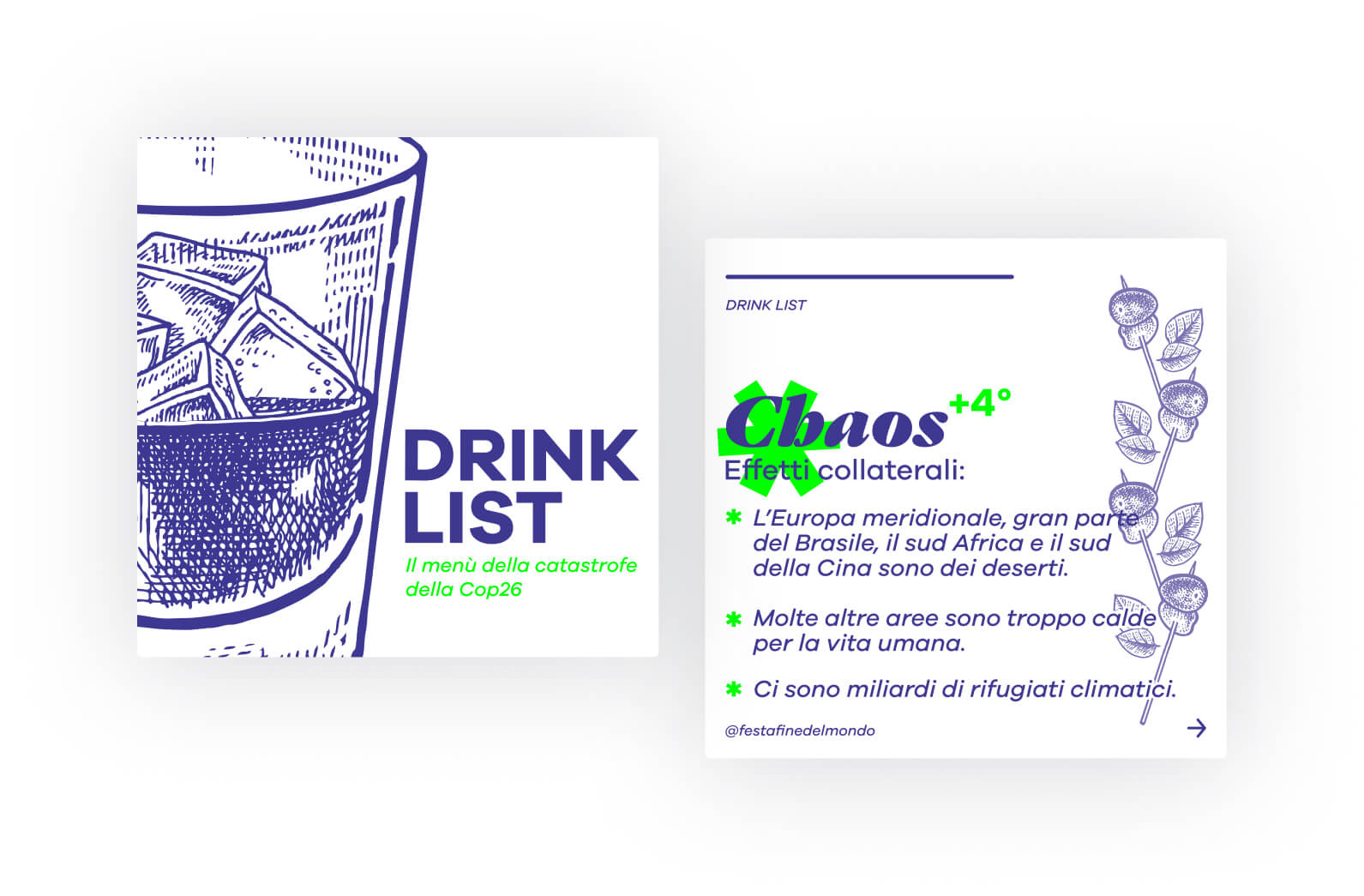 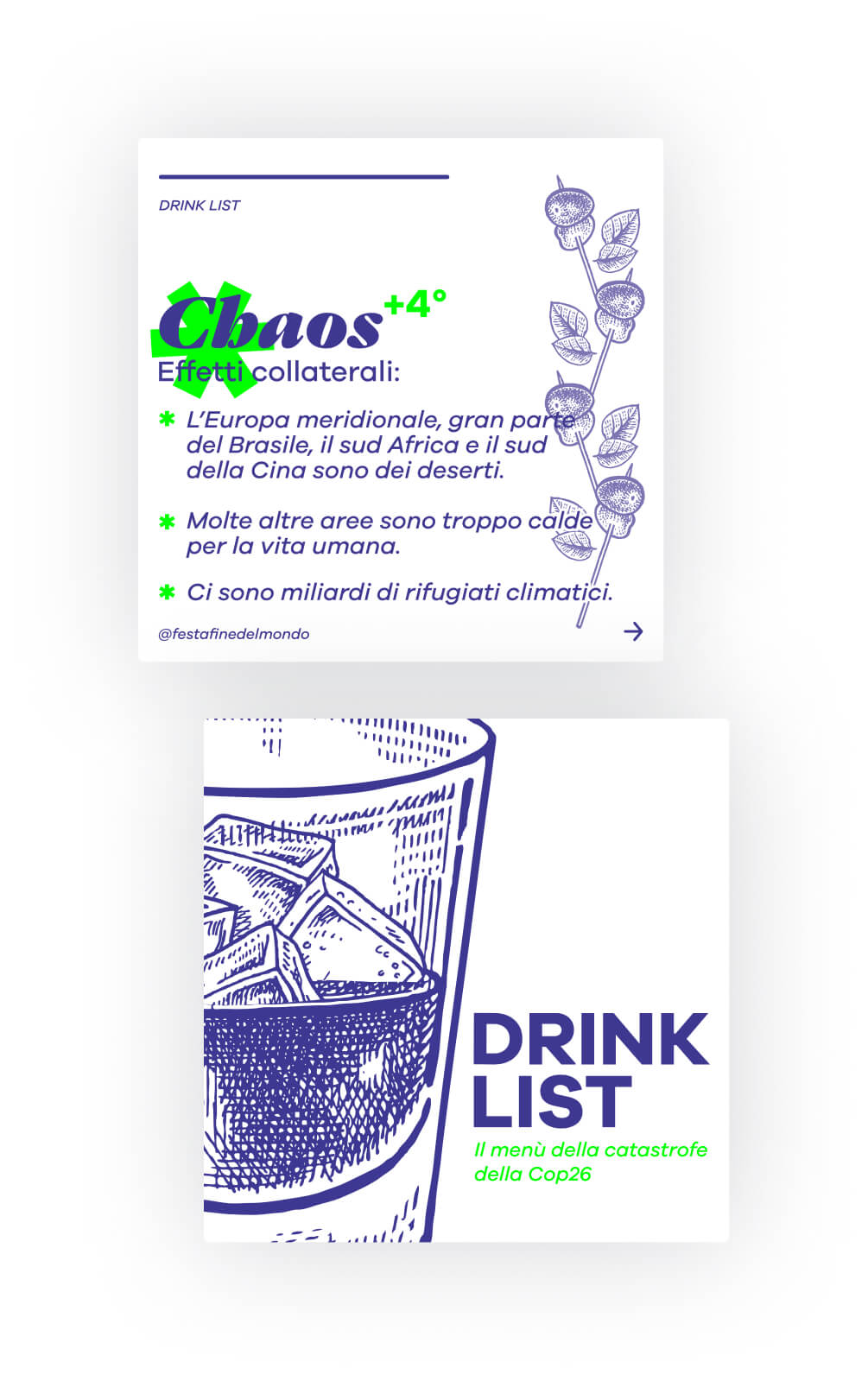 From the reveal onwards, the party’s channels have become the Fridays For Future magazine about Cop. Through stories and columns we have covered the most relevant and urgent issues related to the summit, always keeping ourselves in the now paradoxical semantic field of the party.

The call to action has always been directed to the non-violent demonstrations of 24 September and 1 and 2 October, which registered extraordinary participation. The campaign concept was used during the parades and then picked up by the press. 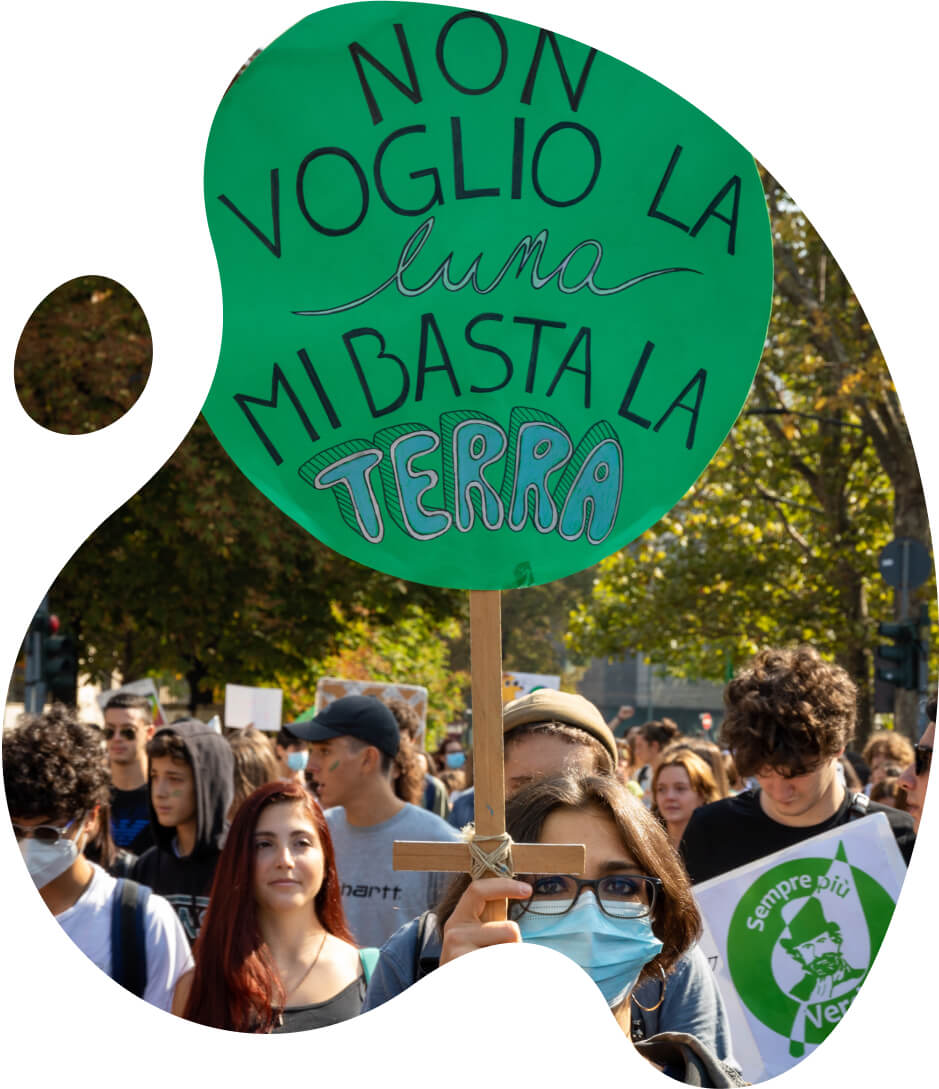