Do you know what a hate crime is?

To prevent bias-based hate crimes from happening at all, we need to know how to recognize them and to collect data in order to better understand the problem and protect past, present and future victims. The challenge of this campaign was to convey the same message to very different targets: civil society, institutions and teenagers. For this reason, it had to be emotional and accurate at the same time. 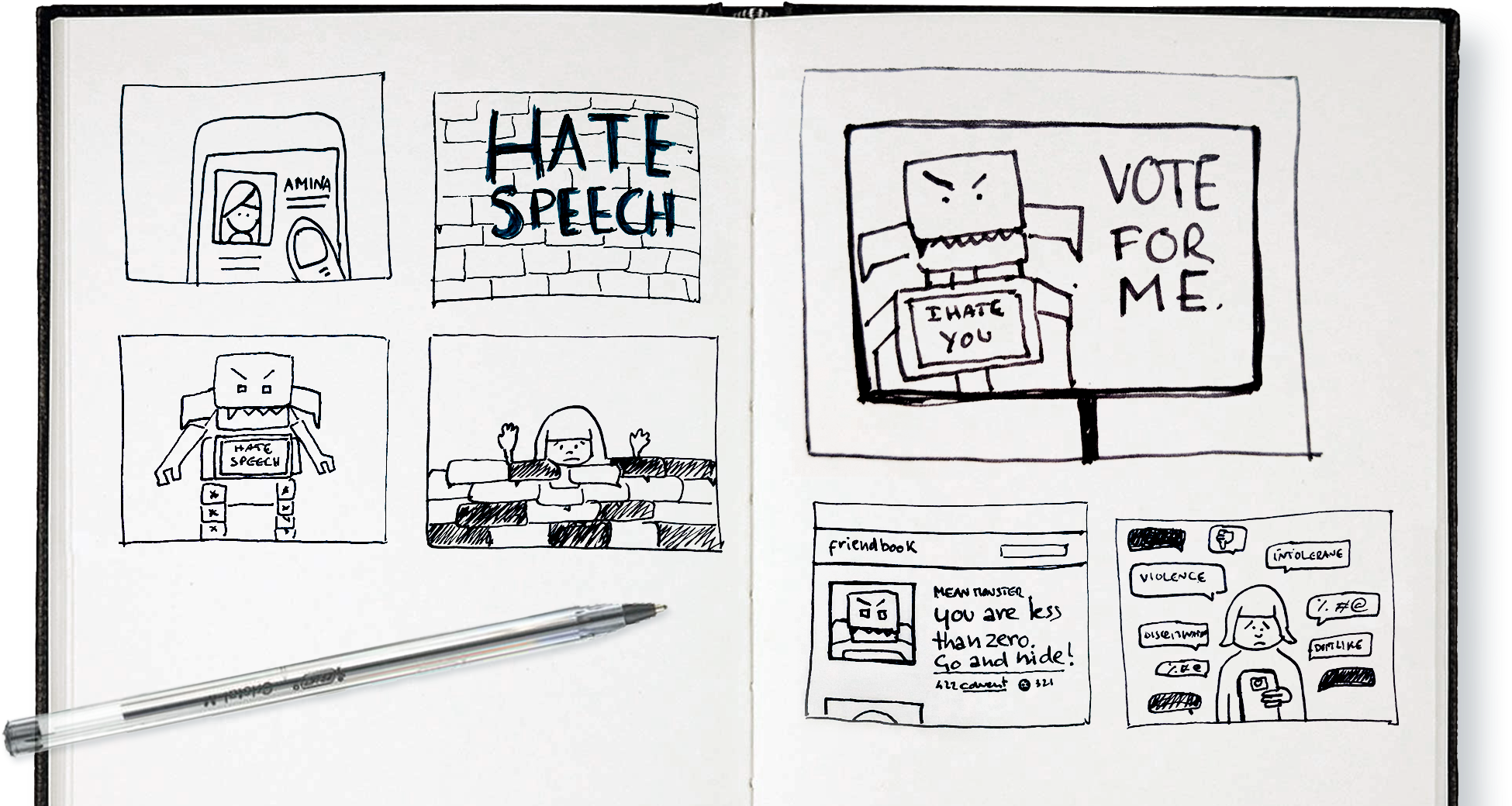 A clear definition of hate crimes.

In order to increase the awareness around hate crimes, we created a script that provides a clear definition of them and engages the audience by emphasizing the importance of reporting.
This motion graphic video is part of the Facing Facts campaign, promoted by Ceji and aimed to make hate crimes visible to everyone.

We were asked to represent the different categories of people.

Another challenge concerned the representation of crimes and their protagonists: to avoid extreme language and violent scenes we had to come up with several metaphors, such as the crime pinned board and the target shapes. On the other hand, since hate crimes are based on bias and discrimination of ethnicity, age, gender, sexual orientation, we were asked to represent the different categories of people: wide research led us to find simple, neutral face and body shapes to which we added some details and changed the main colours so that all physiognomies could be symbolically represented. 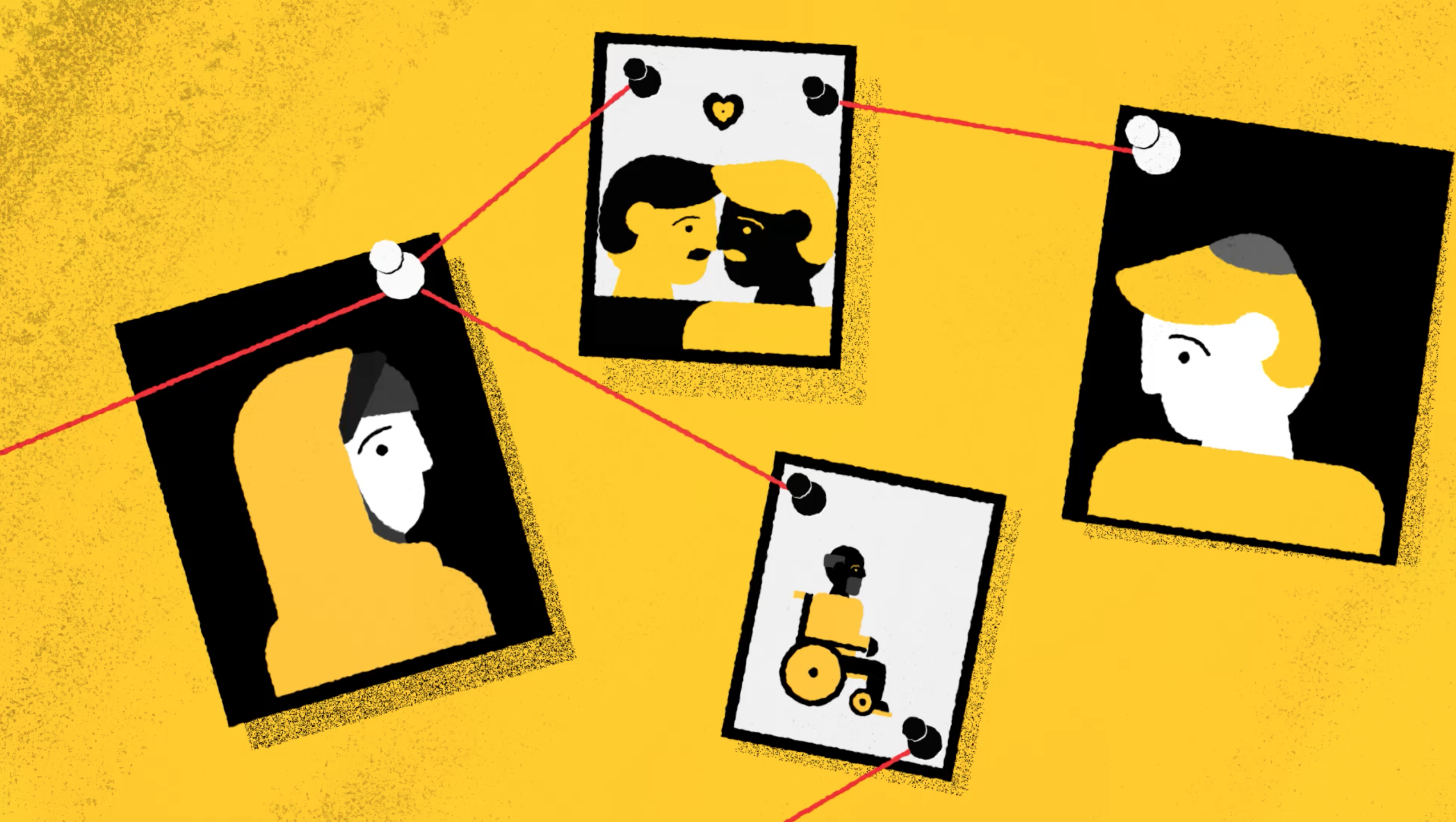 English subtitles for a deaf audience.

We also provided English subtitles for a deaf audience, transposing sound effects and music variations and adapting the script to the standard length and difficulties for these viewers.